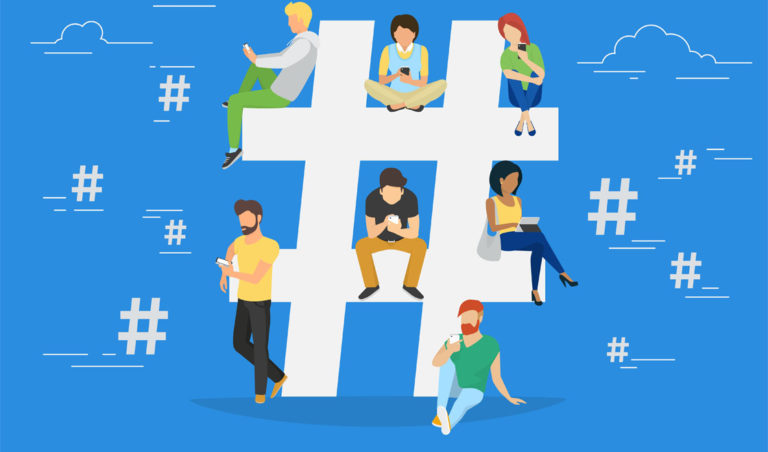 The Best Ways to Use Hashtags on Social Media

Hashtags continue to be a popular way that messages on different social media platforms can find a wider audience. According to research cited on Inc’s website, tweets with up to two hashtags get double the engagement of tweets that don’t have any.

Finding the perfect hashtags to use, and which platforms to use them on, continues to be somewhat of a science. Below we cover the best ways to use hashtags on social media platforms and what tools or resources can help you find the ideal hashtags for every post.

Twitter is the oldest, most popular social media platform where hashtags have remained a mainstay. There is a trending box on Twitter’s sidebar that alerts people to the top hashtags overall and within their network, and using hashtags throughout tweets continues to be best practice.

As mentioned in the research below about one or two hashtags is a good medium for most tweets. Not only do they get more overall engagement (clicks, likes, replies), tweets with hashtags are 55% more likely to get retweeted. This type of increase in engagement can help Twitter accounts get more followers and a wider audience.

To find out which hashtags are most popular in a specific industry, try using the tool Hashtagify. If you enter in a high-level hashtag, it suggests other related hashtags to include and shows them based on popularity or correlation:

This tool is a great way to find related hashtags for your tweet.

Another platform that is extremely popular and driven by hashtags is Instagram. However, until Twitter, most Instagram users have found that the more hashtags, the better. Instagram currently allows up to 30 hashtags per post (including comments and captions combined) and many users rely on hashtags to grow their audiences organically.

Hashtagify also displays Instagram hashtag data, but the app Hashtagger (available for iOS and Android) makes it extremely easy to gather hashtags for Instagram. Enter in a top-level keyword, and it will display the top related keywords with a percentage correlation of how often they are used with the main keyword. You can then copy up to 30 and past them into your Instagram post.

Many users place their hashtags in a comment on the post, so the caption looks cleaner. Some users have started speculating that Instagram is beginning to use this method as a way of finding spammy accounts through shadowbanning, so make sure you are only using hashtags that relate to your post specifically, not just because they are popular. Also, don’t use the exact same group of hashtags on every single post.

When you are tweeting or posting on Instagram, cut down on clutter by making existing words in the tweet into hashtags, instead of repeating the word as a hashtag at the end.

Hashtags continue to be an effective way to grow engagement on Twitter and Instagram. Make sure hashtags are an included part of your posting strategy to get more followers and better conversations.