Have you ever heard of something called the Mandela Effect?

It’s this wacky phenomenon where large groups of people have clear memories of events that NEVER happened. In some instances, it refers to the misremembering of significant names, facts, people, etc.

People get SO sure something might be one way and has always been that way, but in truth, it never was. When confronted, most people won’t even believe it! Ready for a test?

For all the Star Wars fans out there – doesn’t Darth Vader say “Luke, I am your father”?

NOPE. The correct quote is actually “No, I am your father.”

Another crazy example is from the Disney classic Snow White – the line has actually always been “magic mirror, on the wall”. “Mirror, mirror on the wall” – yeah, that was never a thing.

When it comes to branding, hold onto your hats because it gets even crazier.

The Monopoly man has a monocle…right? Right????!

Wrong – he never had one….ever. 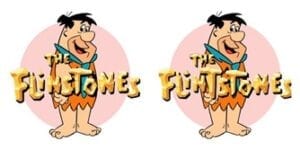 Is it the Flintstones or the Flinstones?

And don’t even get us started with the proper spelling of Froot Loops.

No, we aren’t in the Twilight Zone. Are we living in a parallel universe? Eh, maybe…with today’s crazy world, you can’t really rule anything out. But here’s the thing – all these inaccuracies are more about how our memory works and perceives things, which plays a HUGE role in the effectiveness of marketing.

Consumers have the ultimate power when it comes to shaping and interpreting a message – now more than ever before. If your message or tagline is getting misremembered or misquoted, at least it means that your message has an impact on your audience and YOU’RE being remembered, period!

People may be doing a totally wrong impression of Darth Vader, but the important part? They’re doing an impression!

The fact of the matter – brands rarely ever have total control over how they’re perceived and remembered, but letting the public guide your marketing can often have a positive impact on your brand awareness. After all, the more familiar your brand becomes, the more memorable it’ll be!